In light of the COVID-19 travel disruption, the European Consumer Centre Ireland is looking at what rights have changed for air travel passengers at March 2020. Read about the latest changes here: 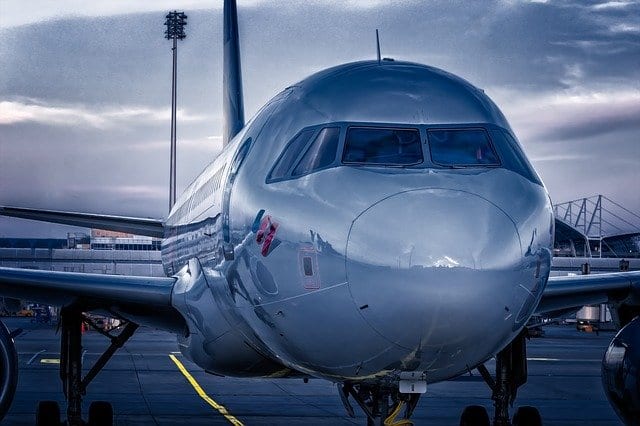 If you have been affected be flight cancellation – whether you were notified well in advance of your scheduled travel date or just before departure – you should be given a choice between:

1)      Rerouting to your final destination; or

2)      Refund for the part, or parts, of the journey cancelled or not completed due to the cancellation.

If you choose rerouting instead of a refund, the air carrier should offer you an alternative flight to your final destination at the earliest opportunity, or at a later date of your choice subject to the availability of seats.

If the rerouting offered is not suitable and as a result you make your own arrangements and book a flight with a different air carrier you may not be entitled to seek a reimbursement of alternative travel expenses under Regulation (EC) 261/2004.

Similarly, you may not be able to claim consequential expenses if your flight is cancelled and as a result you miss the connecting flight, which was booked separately.

If the bookings were made separately they are regarded as separate contracts and under the terms of the Regulation you can only seek a refund for the cancelled flight.

Appropriate assistance in respect of meals, refreshments, communication facilities (two telephone calls, faxes or emails) and a hotel accommodation should be provided depending on the flight distance and in reasonable relation to the waiting time.

The general rule is that if you are informed about the cancellation at least two weeks before the scheduled time of departure, the air carrier is not required to pay compensation.

Otherwise, the distance of the flight determines the amount of compensation due:

• €600 per passenger for all other flights 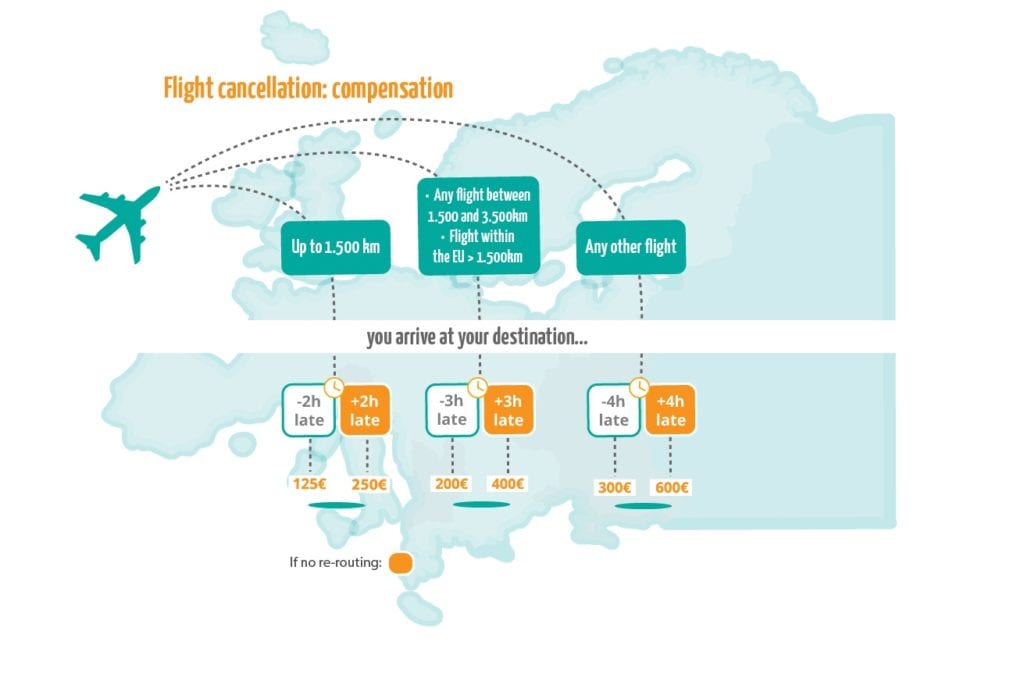 The amount of compensation payable may be reduced by 50% if the rerouting offered allows you to arrive at your final destination close to the original scheduled arrival time  (within two to four hours depending on the distance of the flight) . 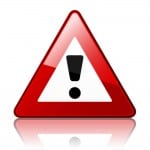 If the air carrier can prove that the cancellation was caused by an extraordinary circumstances which could not have been avoided even if all reasonable measures were taken, no compensation will be payable. Examples of events which may constitute extraordinary circumstances include bad weather, political unrest, a security threat, unexpected flight safety shortcomings, air traffic control restrictions or strikes that affect the operation of the flight.

The Court of Justice has ruled in case Wallentin-Hermann v Alitalia that a technical problem in an aircraft is not regarded as an ‘extraordinary circumstance’ unless the problem “stems from events which, by their nature or origin, are not inherent in the normal exercise of the activity of the air carrier concerned and are beyond its actual control”. However, “the fact that an air carrier has complied with the minimum rules on maintenance of an aircraft cannot in itself suffice to establish that” an air carrier has taken “all reasonable measures” to avoid the disruption.

If your cancelled flight was scheduled to depart from Ireland, please visit flightrights.ie for more information.

Should problems arise, such as a flight being cancelled or delayed for any reason, or you are denied boarding, you have significant entitlements and protections under the applicable European Union consumer rights legislation. The legislation covers:

If you are resident in Ireland with a complaint about a trader based in another European Union country, Norway, Iceland or the United Kingdom, and you have tried to resolve the matter directly with the trader to no avail, please contact us for assistance here.