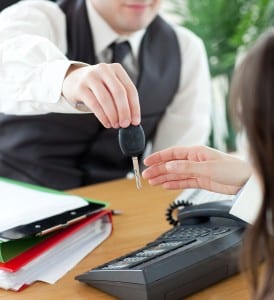 Renting a car is often the most practical and convenient way of getting around whilst travelling in another EU member state. When booking car hire consumers are eager to save money, however it is important to also be on guard to avoid extra costs and unexpected surprises. Car rental is one of the top areas of complaint received by ECC Ireland with many complaints relating to charges for damages or problems with a rental car, insurance coverage and fuel policies. We’ve put together some handy car rental tips to help make the journey a bit smoother.

At the moment there is no industry specific legislation in the car rental sector. Consumers are protected by other instruments with more general scope such as:

Dos and don’ts of car renting

Make sure you know how much you will be liable for in the event of accident. Ensure also that you inspect the vehicle carefully with a car rental company employee present both during the pick-up and return stages. Before leaving, request a written statement that the car was returned in good working order.

When using the car

A consumer rented a car in France and just before leaving the car hire compound at the end of the rental period, an employee from another car hire company crashed into the consumer’s hire car while it was parked. The consumer was not in the car at the time of the crash. The car was checked by all parties but days later the consumer discovered that he had been charged €310 for the damage. After almost a year exchanging correspondence, the issue remained unresolved and the consumer requested assistance from the ECC. Following the intervention of the Irish and French ECCs, the trader refunded €309.77 to the consumer.

A consumer rented a car in Portugal from a Spanish rental company. The rental car was returned prior to 6am and could not be inspected by rental staff. The consumer left the keys in a special box as instructed. Later that day he received an email stating that €100 would be debited from his credit card for an alleged missing compressor. The consumer inspected the check-list and inspection report provided at the start of the rental and noted that this item wasn’t listed in the car in question. Despite this the trader refused to refund him and he contacted ECC Ireland for further assistance. ECC Ireland referred the complaint onto ECC Spain and the trader eventually apologised for the error and refunded the €100 to the consumer card.

Charge for damage to rental vehicles tyre caused by consumer

A German consumer rented a car from Dublin airport. Upon return of this vehicle it was noted that damage had been caused during the rental period to the tyre. As this is not an item included under the insurance policy the consumer was charged for its replacement.  When the consumer received an estimate of repairs and he was surprised that a total of €213, 59 EUR was to be charged for a replacement.   He wrote to the rental company arguing that this price charged was exceptionally high even by Irish standards. The rental company responded stating that this was the price charged for the replacement of the tyre and replacement of the sidewall which had also been damaged by the consumer. The consumer contacted ECC Germany and the complaint was shared with ECC Ireland. Following ECC Ireland’s intervention, although the rental company argued that the price was justified, as gesture of goodwill they agreed to refund €50 which the consumer accepted.

Consumer rented a car in Italy for a skiing holiday. The car was fully fuelled at the time of collection, and the consumer request information on the type of fuel to be used should he need to refuel. He was advised as the car was travelling to a mountain resort it required winter diesel. The consumer drove to his ski resort and left the car parked for the duration of his stay. When it was time to return to the airport the car would not start, and as the consumer had just 4 hours until his flight was due he had a local garage carry out a repair paid them €170 directly. The garage issued the consumer with a report stating that the car had developed a fault due to incorrect fuel. The Consumer complained to the trader once the vehicle was returned but they later refused to refund the consumer claiming he had not followed their policy in the event of breakdown.  The consumer contacted ECC Netherlands and the filed was shared with ECC Ireland as the traders head office in based in Ireland. Following the intervention of ECC Ireland the consumer received a full refund.