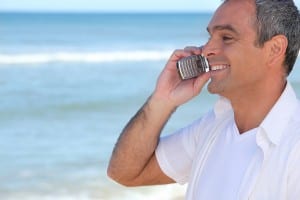 On June 15th, 2017, ‘roam like at home’ regulations came into effect allowing consumers to pay domestic prices for making calls, texts, and using data while roaming in the EU/EEA.

Previously, using your mobile phone while abroad meant extra charges in the form of roaming fees on top of your domestic mobile contract/bundle. These roaming charges occur when your mobile phone connects to a local network which charges your mobile operator for handling calls, texts, and data.

The EU has been working for a number of years to reduce the cost for consumers and bring about an end to the so-called ‘shock bill’ that awaits consumers when they return home. In October 2015, the European Parliament voted in favour of ending roaming charges by June 15, 2017. To help prepare for this, new rules on roaming charges and net neutrality came into force on April 30, 2016, which made it cheaper to use a mobile or other device when travelling in the EU.

Now, the time has finally come where consumers no longer have to pay extra roaming charges for calls and texts and have a data allowance to use while roaming in the EU/EEA before any changes are incurred.

Brexit update: According to a report in the Irish Independent (3rd April 2019), Irish mobile operators in Ireland have ruled out a return to roaming fees for customers travelling to the UK after Brexit.

The calls and texts you make and the data you use when travelling in the EU will be counted against your national bundle. This means that making calls and texts when in another EU country would be exactly the same as when you’re at home. The amount of data that is subject to ‘roam like at home’ depends on the type of contract you have. It is advised to check with your mobile operator about the data you can use while roaming the EU/EEA before any extra charges are applied.

If a contract that includes unlimited data or very cheap data the operator may apply a safeguard which is also known as a fair usage policy, to limit data use when roaming. If this does apply, then the operator will have to inform the customer in advance about such as limit and alert them when they reach this limit. The operator should also provide you with a large volume of data but this depends on the price of your mobile bundle.

The roaming data allowance must be at least twice the volume obtained by dividing the price of your mobile bundle (excluding VAT) by €6 (as of 1st January 2018). For your information, €6 is the price that your operator has to pay the foreign operator for 1 GB of data when you are abroad in the EU. This means that you may get more roam like a home data than your operator can purchase with your monthly subscription from the foreign operator whose network you are using abroad.

For example: At home, you have a mobile bundle including unlimited calls, SMS, and data for €35 excluding VAT. When travelling in the EU, you get roam like at home for unlimited calls and SMS, and at least 11.7 GB of data.

Contracts where data is not unlimited

If your operator has not explicitly informed you of a roaming data limit, you can benefit while abroad from the full amount of data under your domestic contract.

The operator is only entitled to apply a roam like a home data limit in 2018 in case you pay less than €3 per GB of data used (in 2019 less than €2.25 per GB). The actual limit depends on the monthly amount you pay for your mobile contract.

However, if at home you have a mobile bundle including unlimited calls, SMS, and 10 GB of data for €25 excluding VAT then applying the same calculation – €25 divided by 10 GB results in €2.5 GB of data – which is less than the previously stated threshold of €3 GB of data. So, in this case, the consumer would benefit from ‘roam like a home’ for unlimited calls and SMS and at least 8.3 GB of data if the fair usage policy is applied by the operator.

What happens when you exceed the ‘roam like a home’ limits?

If you go beyond the ‘roam like a home’ fair use policy, your operator may apply a small charge for roaming.

These charges are as follows:

The European Commission website has further information about the new roaming regulations including a handy roaming frequently asked questions page. 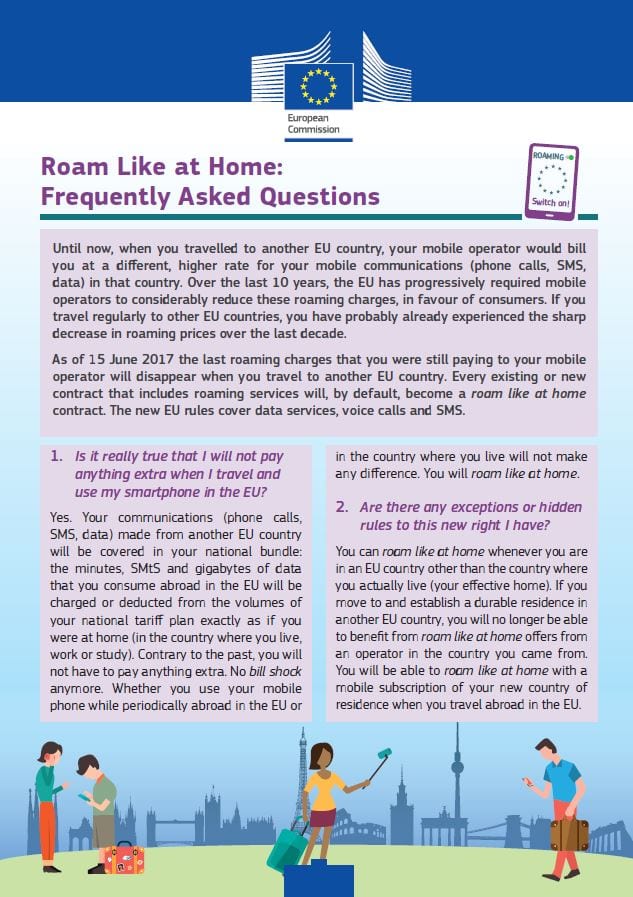 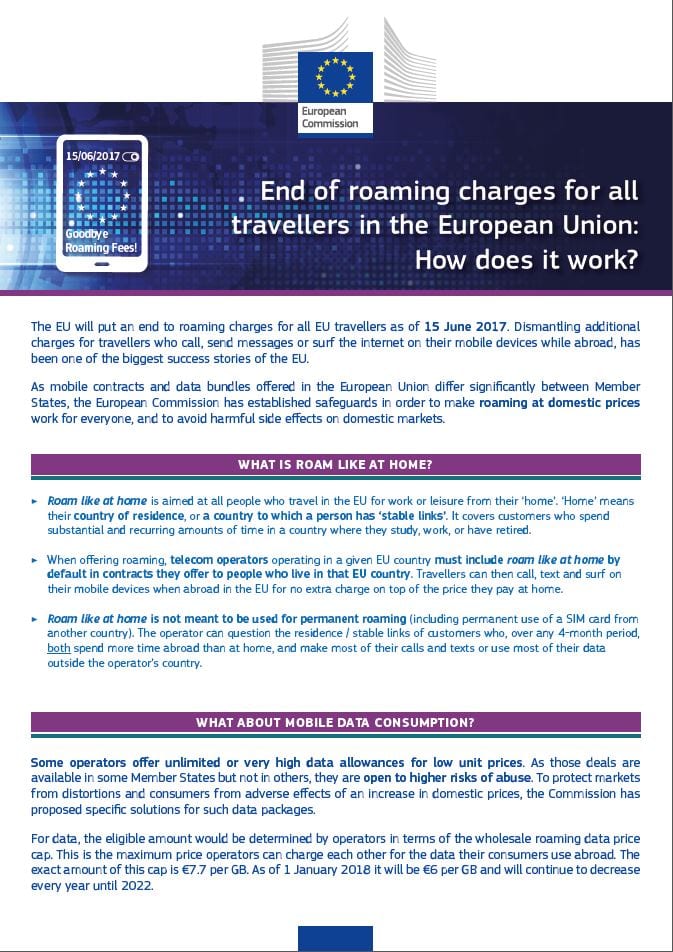 The EU Roaming Regulation of 2007 introduced a cap on roaming costs within the EU and provided for further reductions at future dates. In March 2012, the European Parliament, European Council, and the European Commission reached a preliminary deal on new EU Roaming rules, following a Commission proposal the previous year. This agreement came into force on July 1, 2012.

On September 11, 2013, the European Commission adopted a legislative package for a ‘Connected Continent: Building a Telecoms Single Market’. The aim of this was to build a connected, competitive continent and enable sustainable digital jobs and industries.

The European Parliament’s plenary met in October 2015 and voted in favour of ending roaming charges by June 2017.